One hour’s reflection is preferable to seventy years of pious worship.

One sound preaching the Dharma is the arrival of the time.

O Loud, hear the wee beseech of thees, of each of these thy unlitten ones! Grant sleep in hour’s time, O Loud!
That they take no chill. That they do ming no merder. That they shall not gomeet madhowlattrees.
Loud, heap miseries upon us yet entwine our arts with laughters low!
Ha he hi ho hu.
Mummum.

The sacred text is what the sacred river is currently reading, the streambed of consciousness.

(Stoop), if you are abcedminded, to this claybook, what curios of signs (please stoop) in this allaphbed! Can you rede (since We and Thou had it out already) its world? It is the same told of all.

Drawing nearer to take our slant at it (since after all it has met with misfortune while all underground), let us see all there may remain to be seen.

The act of meaning the sacred text involves collision and collusion with the limits of language.

Beware lest ye be hindered by the veils of glory from partaking of the crystal waters of this living Fountain.

But give glad tidings to those who believe and work righteousness, that their portion is Gardens, beneath which rivers flow. Every time they are fed with fruits therefrom, they say: “Why, this is what we were fed with before,” for they are given things in similitude; and they have therein companions pure (and holy); and they abide therein (for ever).

Confucius said, When it comes to the practice of humanity one should not defer even to his teacher. 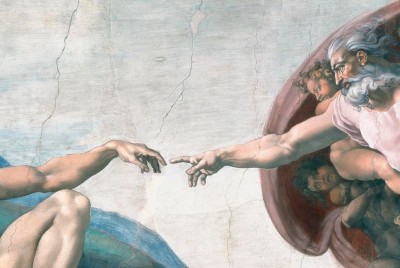 Divine revelation is always human at the point of delivery.

No messenger is ever sent save with the tongue of his own people.

All inspired matter has been subject to human distortion or coloring. Besides we cannot penetrate the counsels of the most High, or lay down anything as a principle that would govern his conduct. We do not know his inscrutable purposes, nor can we comprehend his plans. We cannot tell but he might see fit to inspire his servants with errors. In the third place, a truth which rests on the authority of inspiration only is of a somewhat incomprehensible nature; and we never can be sure that we rightly comprehend it. As there is no way of evading these difficulties, I say that revelation, far from affording us any certainty, gives results less certain than other sources of information. This would be so even if revelation were much plainer than it is.

I am simultaneously writing and being written.

This sentence to be reverbed.

Is it ‘given unto you to know the mysteries of the kingdom of heaven’ (Matthew 13:11)? How would you know? Given that all knowing is in signs, what does it mean for any knowledge to be given?

Coming, far! End here. Us then. Finn, again! Take. Bussofthlee, mememormee! Till thousendsthee. Lps. The keys to. Given! A way a lone a last a loved a long the

What is given is granted by one self and taken by another: a triadic relation, like the act of meaning. But what is given is hidden both before and after it is taken: it is taken for granted, implicit, enfolded, enveloped, buried within the context of the one to whom it is given.

Another parable spake he unto them; The kingdom of heaven is like unto leaven, which a woman took, and hid in three measures of meal, till the whole was leavened. All these things spake Jesus unto the multitude in parables; and without a parable spake he not unto them: That it might be fulfilled which was spoken by the prophet, saying, I will open my mouth in parables; I will utter things which have been kept secret from the foundation of the world.

The givenness of the Word is inseparable from its hiddenness, for that which pervades the world is necessarily inseparable from it, like yeast mixed with flour, or the bubbles from the bread. A turning sign conceals its meaning from those unable to read it, by revealing it in terms they have not learned to hear; the signs we are prepared to hear conceal all the others buried in the message.

The world does not need more books as much as it needs deep readers; and what they most need to read is the book of nature. Turning symbols can be read as a guide to reading the world, to creative perception.

The deep reader of a symbolic text withdraws into a virtual (model) world, but her experience within that world is meaningful to the extent that it makes a difference to the percepts or precepts implicated with her practice in the real world.