We are living in transformative times. The title of this blog post is the title of an essay by Richard Heinberg which is exactly what the title says. I can’t think of anything else i’ve read that says so much that is so important right now in so few words. This is truly essential reading.

Inkling of the day, and Richard Heinberg’s

final point: life is about more than survival.

In the early stages of writing my book Turning Signs, i was very strongly moved by the realization that the world is inside out – that the whole of your experience of the world is something going on in your brain. This activity is taking place at the cellular and subcellular levels, and not until the 20th Century was it possible to investigate in detail how these microcosmic processes actually work to generate our thoughts and feelings. More recently we are learning that the brain is only part of this microcosm.

At the same time, we have been developing the technology to explore the macrocosm, the vast reaches of the physical universe. This development began 400 years ago with the first telescope, but it was only 100 years ago that we recognized the existence of other galaxies far beyond our own. Our knowledge, our cognitive universe, has been expanding both inwards and outwards toward the micro- and macroscopic limits of our augmented perception. Our comprehension of time has also expanded in scale, in both directions: we have begun to appreciate how much can happen in a millisecond, and how long it takes the light from a distant galaxy to reach us. Our moment in cosmic time is marked by a wonderful flowering of the imagination.

Returning to the microscopic scale, this excerpt from a recent Science magazine article is a good example of that flowering:

Over the past 20 years, the recognition that the microbes living inside us outnumber our body’s own cells has turned our view of ourselves inside out. The gut microbiome, as it’s known, weighs about 2 kilograms— more than the 1.4-kilogram human brain— and may have just as much influence over our bodies. Thousands of species of microbes (not only bacteria but also viruses, fungi, and archaea) reside in the gut. And with as many as 20 million genes among them, those microbes pack a genomic punch that our measly 20,000 genes can’t match. Gut bacteria can make and use nutrients and other molecules in ways the human body can’t— a tantalizing source of new therapies.

The brain is the newest frontier, but it’s one with an old connection to the gut. The ancient Greeks, for example, believed mental disorders arose when the digestive tract produced too much black bile. And long before microbes were discovered, some philosophers and physicians argued that the brain and gut were partners in shaping human behavior. “What probably happens is that our brain and our gut are in constant communication,” says [John] Cryan, who over the past decade has helped drive efforts to decode those communications.

John Cryan is a neuropharmacologist at University College Cork. He and a psychiatrist colleague, Ted Dinan, coined the term “psychobiotics” for the new field of research into microbe-based treatments for mental illnesses. No doubt this research is being funded by an industry hoping for profits down the road, but it contributes nonetheless to the flowering of imagination that “has turned our view of ourselves inside out.” In 2020, the virus which has turned our daily lives upside down should only add to our respect for life at the micro-scale and its effect on our human-scale lives.

On the other hand, our growing ability to conceive of (and measure) vast differences of scale in space and time is still rooted in the human scale of experiencing. We know much more about past events than we do about the future, but the past is no more present to us than the future. What is present to us is the remains of the past, the traces of what’s happened, the signs we can read in order to imagine our planet’s history with some degree of accuracy. In the same way, by reading what is present to us and puzzling out some reasons why it is the way it is, we imagine the future with some degree of plausibility.

Our ability to imagine the deep-time context of the present moment enables us to feel its presence all the more deeply. That’s the gift of this brief moment in the history of the universe. But our acceptance of this gift, our experience of it, seems to depend on the myriads of microbes inhabiting the psychobiome. We begin to see with our high-power microscopes how much of our mental life we owe to gut feelings.

The “energy crisis” of the 1970s was all about the supply (and the price) of fossil fuels. Looking back on it half a century later, it’s clear that the real crisis was (and is) the human addiction to fossil fuels, which we in the “developed” world have been unable to shake off. Now the “climate emergency” is forcing us – those of us who are not mired in denial – to see that we have become dependent not only on the use and abuse of oil, but also on the infrastructure which it made possible.

The only cure for this chronic disease is to build a new infrastructure, and adopt a new “lifestyle”, that can be powered mostly by renewable energy sources. Nothing less can mitigate the fourfold crisis (of ecology, economy and equity as well as energy) which now threatens the viability of life on earth. This has to be part of the “Green New Deal”, but we aren’t always realistic about the challenge of actually doing it at this stage of the game.

A recent article on the Uneven Earth site explains it all quite succinctly. I recommend it, especially to proponents of a Green New Deal or equivalent policy.

On the matter of “lifestyles” (as we used to call them back in the 20th century), I will close with a reflection from Bill McKibben, in his book Falter. He says that of all the lives on Earth, the most curious

are the human ones, because we can destroy, but also because we can decide not to destroy. The turtle does what she does, and magnificently. She can’t not do it, though, any more than the beaver can decide to take a break from building dams or the bee from making honey. But if the bird’s special gift is flight, ours is the possibility of restraint. We’re the only creature who can decide not to do something we’re capable of doing. That’s our superpower, even if we exercise it too rarely. 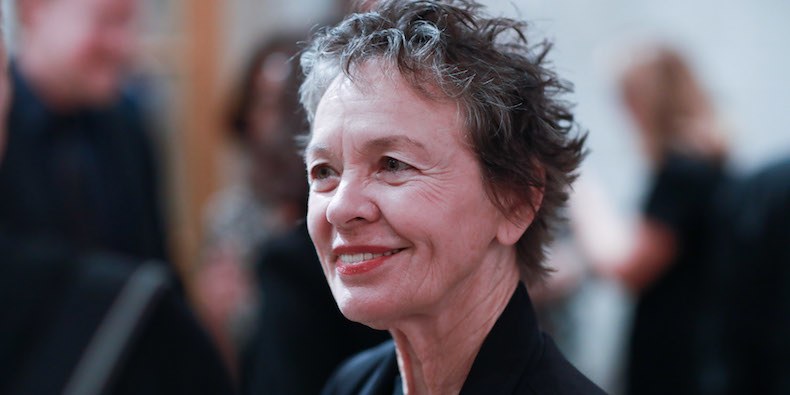