All things arise from Tao.
They are nourished by Virtue.
They are formed from matter.
They are shaped by environment.
Thus the ten thousand things all respect Tao and honor Virtue.
Respect of Tao and honor of Virtue are not demanded,
But they are in the nature of things.

This old rock planet gets the present for a present on its birthday every day.

Innocence sees that this is it, and finds it world enough, and time. 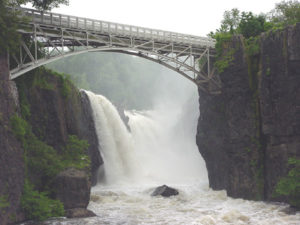 Experiencing the present purely is being emptied and hollow; you catch grace as a man fills his cup under a waterfall.

Mindfulness is remembering to come back to the present moment. The character the Chinese use for ‘mindfulness’ has two parts: the upper part means ‘now,’ and the lower part means ‘mind’ or ‘heart.’

What has gone? How it ends?
Begin to forget it. It will remember itself from every sides, with all gestures, in each our word. Today’s truth, tomorrow’s trend.
Forget, remember!

Yet’s the time for being now, now, now.

The Earth belongs not to us, we belong to the Earth.

For we are fed of its forest, clad in its wood, barqued by its bark and our lecture is its leave.

This is the Day whereon the earth shall tell out her tidings.

Euro-American humanism has been a story of writers and scholars who were deeply moved and transformed by their immersion in earlier histories and literatures.… Today a new breed of posthumanists is investigating and experiencing the diverse little nations of the planet, coming to appreciate the “primitive,” and finding prehistory to be an ever-expanding field of richness. We get a glimmering of the depth of our ultimately single human root. Wild nature is inextricably in the weave of self and culture.… The dialogue to open next would be among all beings, toward a rhetoric of ecological relationships.

If we can see (as we once saw very well) that our conversation with the planet is reciprocal and mutually creative, then we cannot help but walk carefully in that field of meaning.

The Great Work now, as we move into a new millennium, is to carry out the transition from a period of human devastation of the Earth to a period when humans would be present to the planet in a mutually beneficial manner.

Whatever i am saying now, it may be true or not, but there is no doubt that i am saying it.

Whatever you are seeing now, it may be real or not, but you are really seeing it.

The same goes for whatever appears in any way at any time to anyone.

It may be called the buddha nature.

Buddha nature is immediate, and there is no second person, just as it is said, “Cut through the original person beyond knowing; action consciousness continues without ceasing.” Buddha nature is not the being of imaginary causation, because “Nothing is hidden in the entire world.”

Know that in the midst of all are, sentient beings are hard to find. If you thoroughly understand all are, all are will be penetrated and dropped off.

The Greek word apocalypse means literally discovery, the uncovering or revelation (revealing) of what was hidden from consciousness – sometimes hidden because of our immersion in it.

The aspects of things that are most important for us are hidden because of their simplicity and familiarity.

We don’t know who discovered water, but we’re certain it wasn’t a fish.

The veil of habit hides the Firstness of the phenomenon, generalization dissipates the force of discovery, percepts are overgrown with perceptual judgments. Yet ‘there is nothing hidden which will not be revealed.’

It is easier to discover another such a new world as Columbus did, than to go within one fold of this which we appear to know so well; the land is lost sight of, the compass varies, and mankind mutiny; and still history accumulates like rubbish before the portals of nature.

— Thoreau, A Week on the Concord and Merrimack Rivers

To see what is in front of one’s nose needs a constant struggle.

In the beginning is the •

Of making many books there is no end.

And sometimes no beginning. Those with too much to say, it seems, do not write. Isaac Luria, when asked why he didn’t put his teaching into a book, is said to have replied,

It is impossible, because all things are interrelated. I can hardly open my mouth to speak without feeling as though the sea burst its dams and overflowed. How then shall I express what my soul has received, and how can I put it down in a book?

Once the whole is divided, the parts need names.
There are already enough names.
One must know when to stop.

Sometimes the best time to stop is just before beginning.

The universe is, as it were, an awakening Mind. Now just as we say this man has such and such a character, not because of any ideas he has this minute present, but because under suitable circumstances such ideas are bound to be evolved by him, so the universe may be said to be governed by a God insofar as it is bound more and more to conform to the ultimate result of the evolution of pure ideas. But the sole Ancient of Days is Continuity in the abstract, a spontaneity which might be assumed to be very slight, though it is probably enormous.
As to the continued existence of the soul after death, the general idea of Continuity, if unreservedly accepted, hardly permits us to doubt it. The difficulty is, that there is no positive evidence in favor of it. It seems, however, easier to account for such defect in other ways than by a breaking off of consciousness. That the second element of consciousness, the reactive consciousness, ceases when external stimulation ceases, is certain. We see it in sleep. But the mind does not cease to exist in sleep; and many persons perform their most difficult operations of thought best in their sleep. They wish to ‘sleep upon’ a difficult question. There is no more reason to suppose that death at once causes the annihilation of mind. Whatever may happen later, at first it can be nothing but a sleep. To be awakened, the soul must in some way be acted upon. But there our information ceases.

There’s where. First. We pass through grass behush the bush to. Whish! A gull. Gulls. Far calls. Coming, far! End here. Us then. Finn, again! Take. Bussofthlee, mememormee! Till thousendsthee. Lps. The keys to. Given! A way a lone a last a loved a long the

To write something down is only to testify that for somebody in some situation, it meant something worthy of notice. To publish it is an expression of faith that it might mean as much to somebody somewhere else. But can anyone tell how to read it?

What expresses itself in language, we cannot express by means of language.
What can be shown, cannot be said.

Dogen, in one of his Shobogenzo essays, tells the story of a Chinese poet who realized the intimate truth upon hearing the sounds of a valley stream flowing in the night. He wrote the following verse:

The sound of the valley stream is the Universal Tongue,
the colors of the mountains are all the Pure Body.
Another day how can I recite
the eighty-four thousand verses of last night?

Who would presume to comment on this? I will close for today with a bit of Henry David Thoreau, from A Week on the Concord and Merrimack Rivers:

A good book is the plectrum with which our else silent lyres are struck. We not unfrequently refer the interest which belongs to our own unwritten sequel to the written and comparatively lifeless body of the work. Of all books this sequel is the most indispensable part. It should be the author’s aim to say once and emphatically, “He said,” ἔφη. This is the most the book-maker can attain to. If he make his volume a mole whereon the waves of Silence may break, it is well.

It were vain for me to endeavor to interpret the Silence. She cannot be done into English. For six thousand years men have translated her with what fidelity belonged to each, and still she is little better than a sealed book. A man may run on confidently for a time, thinking he has her under his thumb, and shall one day exhaust her, but he too must at last be silent, and men remark only how brave a beginning he made; for when he at length dives into her, so vast is the disproportion of the told to the untold, that the former will seem but the bubble on the surface where he disappeared. Nevertheless, we will go on, like those Chinese cliff swallows, feathering our nests with the froth, which may one day be bread of life to such as dwell by the sea-shore.
(ed. Bode 1964, 226-7)